This list are the signatories to a letter of 1828 petitioning Daniel O’Connell (local lawyer and politician, and leader of the Catholic Emancipation movement) to represent the tenants of Sliebheena (near Castleisland, Co. Kerry) in a legal action for their eviction from their homes. The letter is designed to appeal to his pity, as are the descriptions of the signatories. The original is in NLI Ms 16,635 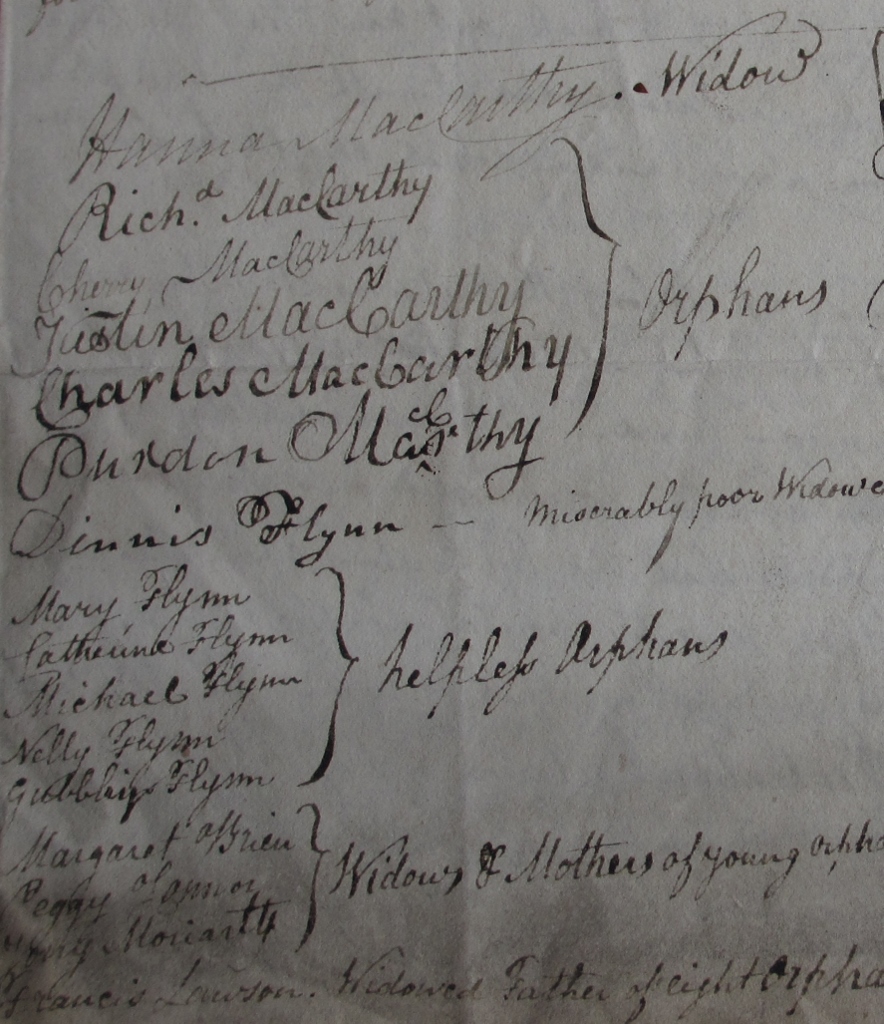